Follow Us
View cart “Soap with Colloidal Silver (EUCALYPTUS)” has been added to your cart. 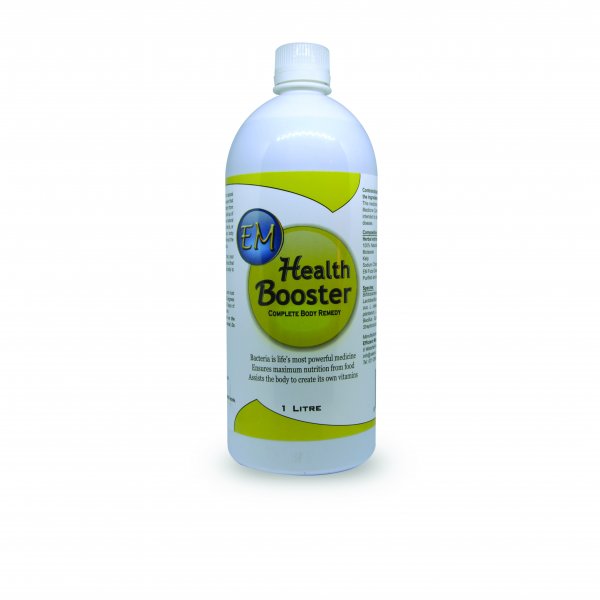 No matter how good your diet is, or what other products you take, your body cannot function 100% optimally without the correct balance of beneficial bacteria.

“All disease begins in the gut”  Hippocrates

No matter how good your diet is, or what other products you take, your body cannot function 100% optimally without the correct balance of beneficial bacteria.

(500 ml Radiant Health probiotic from the same manufacturer is also available at this website) – contains no additives, ready to drink

Benefits:  This is a wonderful health booster – when the gut is healthy everything else slots into place beautifully

Beneficial bacteria in the body are responsible for the following:

* Up to 80% of the body’s immune function * .Preventing the build-up of disease-causing bacteria * .Digestion and healthy bowel movements, and reducing constipation * .Improving the uptake of nutrition and minerals from food * .Creation of the body’s own natural vitamins B1, B2, B3, B5, B6 B12, A, D and K, and essential fatty acids * .Producing natural antibiotics and anti-fungals * .Reducing and preventing Candida

EM Health Booster is a 100% natural blend of beneficial bacteria that will ensure that your body is able to utilise the nutrition from the food that you eat, prevent the build-up of harmful bacteria, and create its own natural vitamins.

The reason for EM’s efficacy is not the number of microbes present in the product but, rather the number of microbial species. EM closely mirrors the natural range of microbes that are found in our soils and naturally grown foods, and yet which, as a result of chemical farming, pesticides etc., we no longer receive naturally through our diets any more. The basic groups of microorganisms in Health Booster are lactic acid bacteria (commonly found in yogurt, cheeses), yeast (bread, beer), and phototrophic bacteria

The second brain: The neurons in the gut are so innumerable that many scientists are now calling the totality of them “the second brain”.You may be surprised to find out that an estimated 80 to 90 percent of the amount of serotonin in your body is manufactured by the nerve cells in your gut. In fact, your gut’s brain makes more serotonin – the master happiness molecule – than the brain in your head does.

Many neurologists and psychiatrists are now realizing that this may be one reason why antidepressants are often less effective in treating depression than dietary changes are.

Further information: The human body contains tens of trillions of bacteria. There are, in fact, ten times more bacteria in the human body than there are human cells.

Prior to the industrial revolution humans would get all the natural bacteria they need from the vegetables and meats that they ate. Today, chemical farming and the use of pesticides have depleted the bacteria from the soils to a huge extent, limiting the ‘good’  bacteria we get through our foods. Without these bacteria, the body cannot function optimally, disease resistance is lowered and one cannot correctly use the nutrition from food. To make matters worse, use of antibiotics can virtually eradicate the good bacteria in your gut.   (ANTI – against  BIOTIC – life)

Probiotics and Autism: Amazing Research You Should See

While there are genetic and environmental factors influencing the development of autism, scientific findings have shown promising results from introduction of probiotics into autism research.

The nonprofit Autism Speaks funded a Gut-Brain Research Initiative seeking to identify possible links between bacteria in the gut and autism spectrum disorder in an attempt to show the efficacy of probiotics in treating ASD.

Preliminary findings show that children with ASD did have unusual species or imbalances of gut bacteria, says Dr. Ruth Ann Luna, microbial geneticist and director of the study.

This finding is significant in that beneficial gut bacteria, or probiotics, are necessary for healthy immune system function, and imbalances and harmful bacteria affect both the brain and body.

Four specific organisms associated with autism were discovered in the stool samples of children with autism in the study and include Sarcina ventriculi, Barnesiella intestihominis, Clostridium bartlettii, and Clostridium bolteae. Those harmful bacteria were not present in the stools of the their “unaffected” siblings.

According to their published research in the journal Cell, Baylor College of Medicine neuroscientists discovered possible evidence linking missing healthy gut bacteria to autism and other neurodevelopmental disorders.

Comment: It is a little ironic that Autism Speaks is looking at a gut-brain connection in children who have autism. Could this be the same gut-brain connection that Andrew Wakefield suggested? In any case we can hope probiotics can ease some of the suffering of these affected children.

…..  and another interesting article :

Dan Knights works on a growing new frontier in medicine: the microbiome. He’s on a team of researchers at the University of Minnesota trying to better understand the microbes living in and on your body and the complex system in which they function.The latest research shows your gut microbiome has a profound connection to a number of diseases and issues facing humans today: Diabetes, Crohn’s disease, obesity, asthma, allergies and other autoimmune diseases. While scientists have believed these bugs played a role in our overall health, it was only recently that they were able to get an in-depth look.

Broad-spectrum antibiotics are designed to wipe out bacteria in the body, including good strains.

Knights said he has taken some actions in his life to reflect what he knows about gut health: He is cautious about antibiotic use in his children and doesn’t worry as much about them sharing food or playing in the dirt.

This is a drastic shift for a gut to handle and researchers believe it has long-term health consequences, particularly when it occurs early in life. While the gut can rebound, the recovery period or incomplete recovery can be a problem, Knights said.

PREBIOTICS & PROBIOTICS FOR YOUR GUT HEALTH

Last year I started experiencing the odd bout of anxiety. This was a particularly foreign feeling to me so I had a sense that something in my body wasn’t quite right. Around the same time I observed both digestive issues (bloating, general discomfort) and brain fog/memory loss and was subsequently tested for a candida overgrowth. Testing positiveI was put on a diet to improve my gut health and each of the above symptoms disappeared, including the anxiety.

It’s fascinating isn’t it, how our bodies have a way of telling us exactly what we need to know. Is it time then to consider your own gut health?

The health of your gut is extremely important to your overall well being.Itäó»s a place where a helluva lot is going on, and rightly so äóñ it has a profound impact on farmore than how much dessert you can fit in after dinner. So much so in fact that the gut is often referred to as the second brain.

This is because it is responsible for some very critical functions in your digestive and immune systems. The presence of what’s called good bacteria actually enhance your health, greatly improving things like your hormone regulation, nutrient absorption, digestion, immune system strength and yourbody’s ability to eliminate toxins.

As we now know, the gut also influences your mental health. The gut contains anEntericNervous System that communicates with your Central Nervous System, which triggers mood changes. It means depression, anxiety, memory loss and other cognitive functions can all be caused by your gut.

There are no reviews yet.

IMPORTANT NOTICE: This webstore will continue to operate and deliver orders through the shutdown. Dismiss