Follow Us
View cart “Apricot Kernels, whole (200 g)” has been added to your cart. 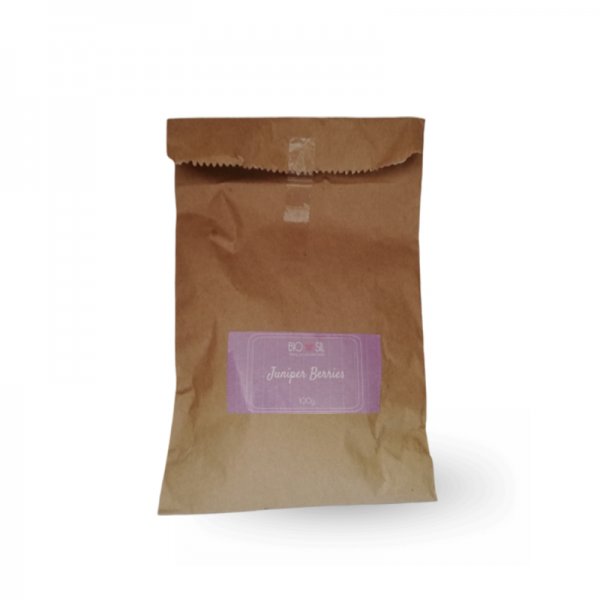 It’s a good thing the juniper berry has been around for so long, because scientists are just now beginning to find out just how beneficial it can be as a natural remedy for various issues, such as:

Not for pregnancy or folks with decreased kidney function

What Are Juniper Berries?

Juniper berries actually aren’t berries at all. They are female seed cones that come juniper plants — a type of conifer (Pinophyta), which is a cone-bearing plant or tree. Juniper berries vary in appearance and can grow low and wide like a shrub or tall like a tree. Their uniquely fleshy, merged scales make them look like a berry, thus the name.

Because they aren’t consumed like traditional berries, there isn’t a lot of information on the caloric or vitamin content of juniper berries. However, just a little of the spice can add quite the bitter-citrus kick you’re looking to add to any dish.

Long before they were used in food, the Greeks used juniper berries as medicine and stimulants for Olympic athletes.  Romans used them as a less expensive pepper substitute.

It’s a good thing the juniper berry has been around for so long, because scientists are just now beginning to find out just how beneficial it can be as a natural remedy for various issues.

One major benefit of juniper berries is the antioxidants they contain. Antioxidants help your body to prevent and fight disease because they relieve oxidative stress caused by too many free radicals in your system.

Perhaps most significantly, the activity of three extremely important antioxidants in the body is encouraged by juniper berries: superoxide dismutase (SOD), catalase and glutathione peroxidase.

Issues with SOD are linked to ALS, Down syndrome, cancers and lung issues. Catalase and SOD both protect against damage from peroxide within the body, while glutathione peroxidase does the same and is associated with helping to prevent and treat cancer and heart disease.

The antibacterial and antifungal qualities of juniper berries have stood the test of time — which is one reason that juniper berry essential oil is often suggested as a natural household cleaning agent. These berries have compelling effects on many strains of bacteria and fungi. In fact, at least one study suggested they could be part of treatment for skin and respiratory infections.

This essential oil has also been found to eliminate bacteria and reduce inflammation in the mouth as efficiently as chlorhexidine, a common dental drug, but without toxic side effects.

Some evidence suggests that juniper berry essential oil can also potentially kill bacteria that are resistant to common antibiotics.

An extract of Juniperus drupacea berries from Turkey showed significant antibacterial activity in lab tests against various cells, including the Gram-positive bacteria, Staphylococcus aureus. (16) Staph infectionscause skin infections and issues like boils, and they can sometimes lead to serious complications such as pneumonia, cellulitis or bone infection.

Research has shown that another possible use of juniper berries could be as an antioxidant in foods and beverages. In addition, an ethanol extract of these berries has shown significant antibacterial impact against Aspergillus niger, a black mold commonly found on spoiled food.

A simple Google search reveals that one of the most common uses for juniper berries, specifically in essential oil form, is to treat skin issues like rashor eczema. The antioxidants they contain are probably one major reason this can be effective.

In an examination of how animal wounds healed when treated with juniper berry essential oil, researchers discovered that two cultivars of juniper berries “displayed remarkable wound healing and anti-inflammatory activities.”  This suggests the ancient use of juniper berries as a skin healer has its roots in scientific fact.

From a lab study in South Korea, it also seems possible that juniper berry extract might be able to help treat skin pigmentation disorders like vitiligo.

The essential oil of juniper berries has also been used for some time to reduce the appearance of cellulite, a harmless cosmetic issue involving fatty deposits that are  often found on the thighs, hips and buttocks.

Juniper berries have long been considered a digestive aid in folk medicine, but few studies have examined these effects at length. However, one study involving milk cows found that feeding the subjects juniper berry essential oil did result in improved digestive behavior.

Because they function as diuretics, juniper berries can help relieve bloating in some cases.

Many natural health practitioners recommend juniper berry essential oil as a relaxant and believe it has a positive impact on brain chemistry, encouraging rest.

A study from Mie University Graduate School of Medicine in Japan investigated the effects of a therapeutic fragrance, including juniper berry essential oil as well as sandalwood, rose and orris, on insomniacs currently taking medication for the disorder.

Twenty-six of the 29 participants were able to decrease their medication and achieve restful sleep after diffusing the fragrance during the night, and 12 people discontinued their medication entirely by the end of the study.

6. May be useful against certain cancers

Many herbs and foods that have significant antioxidant activity are studied for their potential impact on diseases like cancer. So far, no human or animal trials have looked at juniper berry’s anticancer potential.

However, in a lab setting, juniper berry essential oil or extract has been found to cause apoptosis (cell death) in a drug-resistant strain of leukemia, HepG2 (liver cancer) cells and p53 (neuroblastoma) cells.

7. Good for the heart

One study in rats found that juniper berry extracts might be useful in lowering high triglycerides.

Juniper berries also function as an “anticholinesterase agent.”  This is important for heart function because anticholinesterase agents (natural or pharmaceutical) help to build up acetylcholine in the nervous system, which in turn can slow heart action, lower blood pressure, increase blood flow and induce contractions of the heart.

Interestingly, the same agents are also used in some cases to treat digestive obstructions, myasthenia gravis and Alzheimer’s disease. At present, no studies have been done to investigate the interaction of juniper berries with the latter two conditions.

8. Can be included as part of a diabetic diet plan

Like many of the others, studies connecting juniper berries with treatment for diabetes have been limited to lab and animal testing. The initial results, though, seem promising.

An ethanol extract and a tea of juniper berries seem to have the potential to reduce high blood sugar in diabetic rats.

Juniper berry essential oil also seems to limit the amount of malondialdehyde produced by animal bodies.  Although malondialdehyde’s role in diabetes isn’t understood entirely, its concentration is much higher in people with diabetes (and cancer).

It’s possible that one novel use of juniper berries could be the treatment of the parasite that causes leishmaniasis, a disease commonly contracted in tropical regions and southern Europe. Lab tests showed very potent results of an extract of juniper berry against the parasite.

How to Find & Use Juniper Berries in Cooking

Many health food stores carry juniper berries in the spice section. These spicy, rich berries can be purchased either dried or fresh and whole or crushed. Many sources suggest they flavor meat dishes particularly well.

For the most pungent flavor, try crushing fresh berries before using them in a sauce or marinade. You may also try toasting them, but over-cooking will draw out the bitterness and make the berries inedible.

While juniper berries are generally safe for most people, there are some precautions and medicinal interactions to consider.

First, pregnant women should never consume juniper berries in whole or essential oil form as it may potentially cause damage to the unborn child or force uterine contractions. Juniper is also not recommended for those with poor kidney function.

It is possible to develop an allergic reaction to juniper berries, which could manifest with skin issues (like a rash) or breathing issues. If you experience any of those conditions after using juniper berries, discontinue use and consult your doctor immediately.

Juniper berries may also interact negatively with certain medications, according to a 2014 study. The berries seem to inhibit a drug metabolizing enzyme in the human body known as CYP3A4. This enzyme metabolizes about half of the drugs on the pharmaceutical market, while the other half of medicines actually inhibit the enzyme.

There is a fairly extensive list of medications that could result in toxicity when taken in conjunction with juniper berries. If you are taking any medications, you should first consult with your doctor before using juniper berries or juniper berry essential oil.