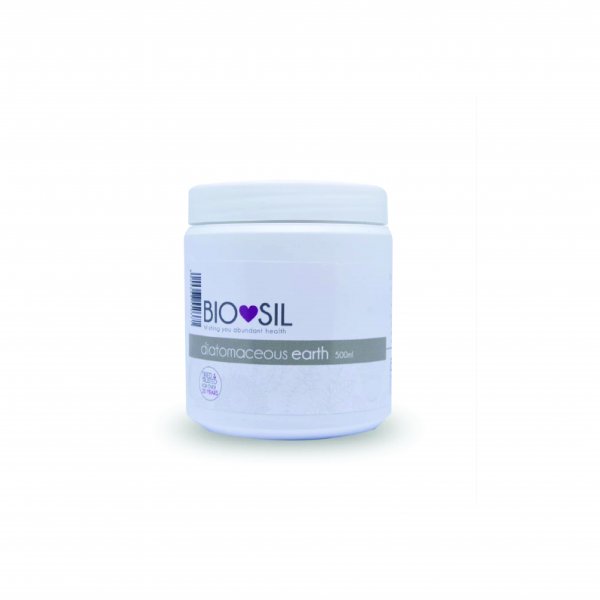 Diatomaceous Earth   Wonderfoul for your PETS as well

Daily supplement – it is estimated that there are more than 1,500 ways DE is beneficial to humans, plants, and animals. As a daily supplement, many believe that its most beneficial use is for internal cleansing by aiding in the elimination of intestinal parasites, which are not able to develop immunity to the mechanical action of diatomaceous earth.

Add to pet’s wet food daily as well to control parasites and beautifu  furt and coats.

This is an ancient remedy.  For centuries, farmers have known that diatomaceous earth powder is safe and useful for controlling insects and parasites and that it is also beneficial to livestock.

Many animals, both wild and domestic, seem to instinctively know this and can be seen rolling in and eating diatomite naturally. Natural, freshwater food grade DE powders are harmless to people and animals but deadly to insects.

Only recently have the human health benefits been discovered. Food Grade Diatomaceous Earth is not actually an ‘earth’ but it is the fossilized remains of microscopic shells created by one-celled plants called diatoms

DE can also detox the body. According to a top cancer researcher, it is also the best natural chelating product available for pulling heavy metals from the bloodstream. Many believe that the increase in the number of cases of heavy metal poisoning has occurred in part due to mercury in vaccines, fluoridated water, deodorants with aluminium, some seafood, foil wrap, cooking in aluminium cookware, soda/energy/beer aluminium cans, and a number of other ways. DE has many other health benefits.

Eco-Earth Diatomite offers sun-dried grades of DE specifically developed for humanconsumption, pet & livestock consumptions as well as a naturalinsecticide for the home, garden and in stored grains.

DE being a natural product, functions within nature without the adverse effects of chemicals.

People are re-discovering its magic

More and more farmers are returning to natural DE as an important part of sustainable agriculture practices and organic, drug-free production of crops and livestock.

Diatomaceous earth is the best natural anti-parasitic medication. It is actually an all-natural pesticide which does not harm humans or pets. It is believed to kill insects, worms and parasites by dehydrating them.

Dosages: One tablespoon of diatomaceaous earth taken by an adult once a day for seven days is believed to be extremely effective at removing all parasites. If this is going to be given to children, bear in mind that height is a better indicator of the size of their G.I. tract than their weight. Thus, a child who is 4 feet tall should take 2 teaspoons, and a child who is 2 feet tall should take 1 teaspoon. If you take this route, we advise you to only buy food grade. Industrial diatomaceous earth is used for swimming pool filters, but it has been chemically treated, and this type is not safe to eat. Try to avoid rubbing it onto your hands, as it can have a drying effect upon the skin.

Our research indicates that diatomaceous earth is the best overall parasite treatment for humans, because it should likewise kill all microscopic blood-born parasites as well. When using D/E, be sure to drink plenty of fluids, because it will dehydrate a person considerably.

Note: As parasites die, they release toxins through their excrement, and from rotting. The most common parasites, the worm type, attempt to escape by burrowing deeper into the intestines, which can cause sharp pains and cramps. Even when dead, the body is still burdened with the task of flushing them out. This whole process can initially make the person feel sicker than before he started the cleanse, but this is only temporary, and it is a sign that the cleanse is working. While fatigue and grogginess are also to be expected, normal life may be continued, and diarrhea should not occur. Ensure that you are eating a good, wholesome diet throughout the cleanse to ensure that your immune system is at its strongest. After the cleanse, you should feel better, have more energy, and experience sickness less often.

Why I love diatomaceous earth!

** I love DE and recommend it widely, seems to be very effective in cases of high cholesterol and also for parasites (with bedbugs getting more and more common and almost impossible to get rid of, its fantastic to have DE in the arsenal against infestation!) it’s  worth noting that DE should be taken in cold water/liquid and not hot.   Also one should take precautions to avoid inhalation and getting it in the eyes. I know that sounds obvious, but these guidelines were issued to me by possibly the best known and most beloved homeopath alive today, who gives DE to nearly all his patients, and he stressed these 3 points quite stringently, so I take care to pass them on myself to anyone I recommend it to, so I just thought I would share!

**Some feedback, I used the Diatomaceous earth for a colon cleanse but was really surprised at what a wonderful effect it had on my skin because of the silica in just 2 weeks! Instant face lift, plumping and softening of lines and wrinkles! Even my customers are noticing!

Not recommended during pregnancy