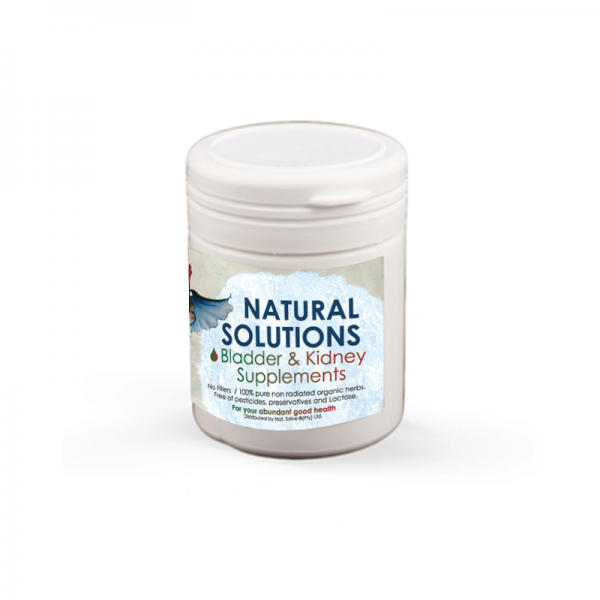 A pure herbal product containing no fillers, additives or preservatives, formulated to relieve any disorder within the kidneys and/or bladder and to assist rejuvenate, eliminate toxins and rebuild/restore health

A pure herbal product containing no fillers, additives or preservatives, formulated to relieve any disorder within the kidneys and/or bladder and to assist, rejuvenate, eliminate toxins and rebuild/restore health

REST HARROW – Traditional use is for support for the kidney, urinary tract and bladder health. It is regarded as a natural and gentle diuretic and is one of the most valuable herbs for the bladder. It is a herbalist’s remedy for kidney stones.

SHEPHERDS PURSE – Urinary tract astringent, uric acid diuretic, acts as on the kidneys and bladder to treat kidney urinary tract infections, and for disinfection of the urinary tract; a stimulant and moderate tonic.

BIRCH – Used as a diuretic and cleansing agent to the urinary tract, having the ability to eliminate and help dissolve kidney stones.  Treats cystitis and other urinary tract infections. It cleanses the body of excess water.

ELDER – Antiseptic, antibacterial, antiviral and anti inflammatory properties that boost the functioning of the immune system allowing the body to repair itself.

BEDSTRAW – Best tonic to the lymph system, it is very helpful for any urinary conditions where there is pain, Cleavers acts directly on the kidneys much like Uvaursi (Bearberry) although its specific action on acute inflammation of the urinary tract is stronger than most treatments.

BEARBERRY – Known as the herb for all kidney and bladder ailments, restoring, eliminating toxins and infections and associated with the kidney and bladder due to its ability to reduce the accumulated levels of uric acid in the body. It alleviates the pain affecting the person as a result of stone formations or from urinary bladder infections.

“My doctor told me my kidneys would not be working 100% and I had an operation to put stints in to help them function. After using this product for 2 months, the kidneys have renewed themselves, and the stints need to be removed, I am awestruck!! thank you!. Rick

“I suffered from recurring cystitis – “causing terrible burning pain when urinating, and bladder pain, taking this remedy on the onset of this problem sorts it out within 24 hours. Since continuing on this product I do not suffer from this ailment anymore. It is amazing thank you – Jill

“I had a terrible kidney infection and anti-biotics that lastedfor over 6 months, this did not help me. After using the Natsolve Kidney / Bladder for 4 days (2 capsules three times a day as the aggressive dose) I felt incredible relief, I have continued taking them for 2 months, I have no pain, much more energy – the infection has gone!! Thank you for an incredible product! – Nadine

This product is not designed to diagnose or treat any condition

Further information for those who would like to do further research:

IMPORTANT NOTICE: This webstore will continue to operate and deliver orders through the shutdown. Dismiss