You are probably familiar with the earthy, nutty and spicy flavor of cumin seeds or ground cumin. Humans have been using cumin in culinary dishes since ancient times. But did you know that cumin seeds have also been used for a variety of medicinal purposes, from digestive issues to respiratory conditions?

In Sanskrit, cumin is known as Jira, meaning “that which helps digestion,” and it is one of the most mentioned herbs in the Bible. For good reason, as it’s also believed that cumin is beneficial for heart disease, hemorrhoids, inflammation, insomnia, vomiting, weakened immune system and viral infections. So next time you’re throwing together a hearty soup or pot of chili, be sure to take out your jar of cumin so you can take advantage of these amazing health benefits. 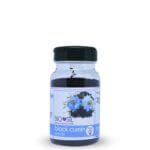 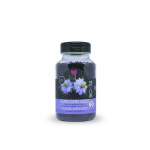 Thymol, a compound in cumin, is known to stimulate the glands that secrete acids, bile and enzymes. Animal studies have shown that spices like cumin produce significant stimulation of the activities of pancreatic lipase, proteases and amylase. These enzymes are responsible for the proper digestion of food in the stomach and intestines.

Because cumin seeds are a high-fiber food, they work to stimulate the digestive system and fight constipation. Research also suggests that cumin seeds can help to improve IBS symptoms. When patients with IBS were given 20 drop of cumin essential oil every day, they experienced an improvement of symptoms including abdominal pain, nausea, painful defection, changes in stool consistency and presence of mucus in stool. Patients received 10 drops of cumin essential oil in the morning and 10 at night in a glass of warm water, 15 minutes after a meal.

Cumin seeds also help with digestion by preventing the formation of gas in the gastrointestinal tract. They have carminative properties that combat flatulence, which can lead to stomach aches and abdominal pain or pressure.

Cumin seeds have antiseptic and anti-inflammatory properties. Research published in the International Journal of Molecular Sciences found that cumin and other spices, including clove, oregano, thyme and cinnamon, possess significant antibacterial and antifungal activities. That’s why cumin seeds can be used to prevent food spoilage caused by pathogens and harmful fungi.

Cumin seeds act as an expectorant and anti-congestive agent. They aid in the clearance of mucus from the airways, lungs, bronchi and trachea. Cumin also works as a stimulant and disinfectant, so once the mucus is cleared from the airways, cumin seeds can help to reduce inflammation and assist in alleviating the initial condition that caused congestion.

Cumin also works as a relaxant, and animal studies indicate that it may be useful for relieving asthma symptoms. Asthma, for example, is a respiratory illness that causes bronchial muscle spasms, swelling of the lung lining and increased mucus production — leading to the inability to breathe. It’s generally caused by pollution, obesity, infections, allergies, exercise, stress or hormonal imbalances. By improving bronchial restriction, cumin seeds serve as a natural remedy for asthma.

Cumin seeds are rich in powerful antioxidants that work to reverse signs of aging and damage to the skin. Cumin’s antifungal and antibacterial properties can also help improve skin infections.

Cumin seeds also contain small amounts of vitamin E with vitamin C, two vitamins that help to fight skin inflammation after exposure to UV radiation and can also be useful in naturally relieving signs of eczema and acne. Cumin oil can also be used to help speed up cell regeneration, and reduce the appearance of scars, acne and wrinkles.

Many adults experience insomnia at some point, but others have long-term (chronic) insomnia. Primary causes of insomnia can include stress, indigestion, pain, medical conditions and more.

Fortunately, proper intake of vitamins, particularly B-complex vitamins, and maintaining good digestion are ways to help alleviate insomnia without drugs. Cumin aids digestion, relieving bloating and discomfort, which can make you restless and unable to sleep. Additionally, cumin seeds are known to ease the mind and help manage cognitive disorders.

Cumin seeds are able to help prevent diabetes by reducing the chances of hypoglycemia, or low blood sugar. Hypoglycemia may result in a number of symptoms including sweating, shakiness, weakness, clumsiness, trouble talking, confusion, loss of consciousness and seizures. The risk of experiencing hypoglycemia is greater in diabetics who have eaten less than usual, exercised more than usual or consumed alcohol.

A 2005 study published in the Journal of Agricultural and Food Chemistry suggests that cuminaldehyde, a component of cumin seeds, may be useful as a lead compound and a new agent for antidiabetic therapeutics because it helps improve glucose tolerance.

7. Has Antiviral and Antibacterial Properties

Cumin seeds help to fight viral infections and illnesses, such as helping to prevent the common cold or flu, by acting as a disinfectant and antiviral agent. Cumin seeds have even been tested against E. coli, which is bacteria that normally lives in the intestines of healthy people and animals. Most varieties of E. coli are harmless or cause relatively brief diarrhea. A few particularly nasty strains, however, can cause severe abdominal cramps, bloody diarrhea and vomiting.

A 2008 study investigated the antibacterial mechanism of carvacrol and thymol, two components in cumin seeds, against E. coli. The study included a 200 milligram treatment that proved carvacrol and thymol had the desired antimicrobial effect against the bacteria.

And a 2015 lab study found that a combination of cumin essential oil and nisin significantly decreased the growth of Salmonella typhimurium and Staphylococcus aureus, which are food-borne pathogens.

Iron plays a critical role in the body, and the liver and bone marrow are able to store iron in case it’s needed. Without iron, the primary cells in the muscles, called myoglobin, cannot hold oxygen. Without oxygen, these cells will not be able to function properly, resulting in muscle weakness. The brain is also dependent on oxygen for proper function. If iron is not present, the brain will not receive the oxygen it needs — resulting in poor memory, decreased productivity and apathy. For this reason, iron-rich foods like cumin seeds are able to decrease the risk of cognitive disorders like Alzheimer’s disease and dementia.

Cumin seeds are a nutritious additive for people with anemia. Anemia is related to a problem with the hemoglobin cells that carry oxygen throughout the body. When the body is unable to get enough oxygen to the cells and tissues, it feels weak and fatigued. Because of the presence of iron in cumin seeds, it helps to improve anemia symptoms like fatigue, anxiety, cognitive malfunction and digestive issues.

Cumin seeds contain calcium, iron and manganese — three minerals that are important for bone strength. Research shows that chronic iron deficiency induces bone resorption and risk of osteoporosis. Iron, in combination with calcium, manganese and zinc, help to reduce bone loss. Manganese helps with the formation of enzymes that are involved in bone metabolism.

One major cause of osteoporosis is a nutritional deficiency, so consuming nutrient-rich cumin seeds and other foods high in bone-strengthening minerals, like oats, chickpeas, liver, grass-fed beef, kefir, yogurt, almonds and raw broccoli, is part of a natural osteoporosis treatment plan that will help to increase bone mass.

A number of studies indicate that taking cumin extract may be helpful in improving cholesterol levels. One study published in the International Journal of Health Sciences found that when three to five drops of cumin extract were added to a patient’s diet three times per day for about 45 days, it resulted in a significant decrease in LDL levels.

And another 2014 study found that adding three grams per day of cumin powder to yogurt at two meals for three months lead to reduced levels of fasting cholesterol, triglycerides and LDL cholesterol. Plus, it caused HDL cholesterol to increase and slightly reduced weight, BMI, fat mass and waist circumference.

Cumin has been used since ancient times for the treatment of various conditions in healing systems across the world. In Ayurvedic medicine, cumin seeds are valued for their carminative (relieving gassiness), antispasmodic and astringent properties. Cumin is used to help alleviate mild digestive conditions, gassiness, diarrhea, colic, morning sickness and bloating. Cumin seeds are also known to improve liver function and promote the assimilation of other herbs.

In Iranian traditional medicine, cumin is considered a stimulant that helps to relieve gastrointestinal and respiratory disorders. It’s also used to treat toothaches and epilepsy. And in Arabic medicine, cumin seeds are valued for their cooling effect. Seeds are reduced to powder and mixed with honey, salt and butter to soothe scorpion bites too.

And in traditional medicine of Italy, Great Britain and the U.S., cumin seeds are used medicinally to soothe digestive issues, reduce inflammation and even improve skin conditions like eczema.

You can buy cumin in seed form or already ground into cumin powder. When you are cooking with cumin seeds, it’s common to let them sit in heated broths so that the oils begin to disperse the seed’s flavor and fragrance. You can also add cumin seeds to oils, sauces and marinades, where they can sit for a longer period of time and add to the flavor of the food before using it to cook. Toasting cumin seeds before you use them will intensify their flavor, giving you optimal results.

If you are looking to add that warm, spicy and earthy cumin flavor to a dish immediately, you’ll typically opt for cumin powder instead of the seeds. Cumin powder is commonly used on rubs to season meat or added to vegetable dishes to boost the flavor profile. You can also add cumin powders to soups, stews and sauces.

If you have a mortar and pestle at home, you can ground cumin seeds into powder yourself. This is a great way to add a fresh cumin flavor to any meal by releasing the seeds’ oils.

Be the first to review “Black Cumin Seeds” Cancel reply