Pain can be described as an unpleasant sensation in the body caused by an injury or malfunctioning of a particular system within the body.

Pain can be classified upon various grounds such as the body part involved, the system that is afflicted and is causing pain, the time period for which the pain persists.

Based on the duration of the pain, it can be classified broadly as:

Clifford.J.Woolf, professor of neurology and neurobiology at Harvard Medical School, has recommended a different classification of pain for the purpose of research and treatment.

The three classes of pain are:

The mechanisms involved in the sensation of pain are complex and include nerve receptors as well as the central nervous system.

It can be caused by damage to the central nervous system as in neuropathic pain and sometimes it may involve the proteins and cells which promote inflammation.

Pain perception threshold is described as the point where one can feel pain and pain tolerance threshold is when cannot bear the pain anymore and tries to stop it.

Pain is the body’s defense mechanism and it is treated with painkillers.

It is well documented that painkillers on a long term can cause adverse effects, which brings our attention upon nature’s most revered herb and natural analgesic: Turmeric.

Turmeric is a perennial herb grown mainly in Asia and used for culinary as well as medicinal purpose. 100 or more components identified in the yellow powder fall into two broad categories:

Curcuminoids are responsible for the bright yellow color and most of the turmeric’s medicinal properties are attributed to this component.

Curcumin makes up 90% of curcuminoids and is the most promising factor of turmeric as an alternative cure to many conditions.

Volatile oil is responsible for the aroma and is also known to exhibit a few bioactive properties.

Role of Turmeric in treating Pain

Turmeric is proven to be a natural painkiller and herein we will try to understand the various mechanisms by which turmeric wards off pain based on the research studies conducted. For the purpose of simpler comprehension, we will study different types of pain and turmeric’s action against it.

Nociception is the process of recognizing, interpreting and reacting to painful sensations. No nerve cell in our body is specifically designed to detect pain.

Nociceptors are nerve endings found all over our body and are similar to other sensory receptors.

They detect the same sensations as other nerve endings but they require a more intense sensation.

They serve as alarms indicating potential harm. They are sensitive to mechanical pressure, temperature and chemicals. Nociceptive pain is distinguished as:

Various modes and receptors have been held responsible for turmeric’s anti-nociceptive effect. One of the factors involved is the endogenous opiod system.

Opiod refers to opiates obtained from the resin of opium poppy and synthetic substances.

They are the oldest known painkillers.

Endogenous opiod system is a natural pain relieving system found in the body. It comprises of opiod receptors and opioid peptides.

These interact together to transmit signals and modulate nervous system responses.

This system is known to transmit nociceptive information in the presence of endogenous opiods and externally administered opiods.

Results from research studies suggest curcumin’s interaction with the opiod system as a part of the anti-nociceptive effect.

Interactions of curcumin with receptors involved in non-opiod systems of pain transmission have also been documented; thus suggesting their role in turmeric’s anti-nociceptive effect.

Modulation of other neurotransmitters and pro-inflammatory mediators assists turmeric in antinociception.

Pain and swelling are the main features of inflammation.

Inflammation is body’s defense to injury but if it goes unchecked it can have deleterious effects.

Inflammatory pathways work by the involvement of various enzymes and proteins each of which trigger another component’s activity.

Prostaglandins are hormones released in response to injury which can induce inflammation.

Thromboxanes are hormone activators and they regulate activities like platelet aggregation and clot formation.

Arachidonic acid is a major product of inflammatory biochemical pathway that is released in injured tissue. It is converted into prostaglandins and thromboxanes by means of cyclooxgenase enzyme (COX).

Nuclear factor-kappaB is a protein that initiates the production of DNA responsible for mediating inflammatory response.

This protein detects the presence of infectious agents or injuries and causes inflammation as a response.

It is usually present in association with inhibitory proteins but as a result of tissue injury, the protein is set free to initiate inflammation and production of pro-inflammatory mediators like TNF- α, IL-1, IL-6, etc.

Turmeric displays its anti-inflammatory activity by inhibiting the activity of various components of the inflammatory pathway.

Individual components of turmeric such as tumerone, elemene, tumerin etc have been used and studied for anticancer and anti-inflammatory purposes.

Neuropathic pain is pain caused due to damage to the nervous system.

It can cause abnormal sensations or even pain from instances which are not generally considered painful (allodynia).

It is characterized by numbness, itching and ‘pins and needles’ sensations.

Mechanisms involved in pain transmission of this sort can be related to the level of nerve endings or to that of the entire nervous system or even changes at a cellular level.

Since various mechanisms and disease dependant factors are involved in neuropathic pain, we will understand turmeric’s role in treating this pain with respect to each study to be discussed regarding this topic.

Hyperalgesia is the phenomenon of increased sensitivity to an area where tissue is damaged by a stimulus.

The release of various substances at the area of tissue damage causes sensitization of the nociceptors and results into pain.

Its anti-inflammatory and antioxidant activity is also helpful in attenuating thermal hyperalgesia (caused due to thermal or mechanical stimuli).

The prolonged use of opioid drugs to treat chronic pain can also induce hyperalgesia. Curcumin can ameliorate the opioid induced-hyperalgesia by deactivating the CaMKIIα signalling (involved in nociception).

What does it mean?
It means curcumin can improve the heightened sensitivity in response to noxious stimuli. Thus, it can significantly reduce the nociception and in turn pain.

Post-operative pain and pain due to injuries

Curcumin has been studied for its anti-nociceptive and analgesic effects on a number of other types of pain which we may commonly encounter. In these conditions too, its efficacy has been proven.

Burn injuries are often associated with severe pain. The stimulus, i.e. heat causes hyperalgesia and sensitizes the nociceptors, resulting in the severe pain.

Curcumin, through its anti-inflammatory mechanism, not only helps in wound healing but also treats the pain. It has been found to be highly efficacious in reducing burn pain.

One of the major problems faced after surgery is severe pain. Most of the surgeries, whether major or minor often result in the occurrence of severe pain. Therefore, the management of postoperative pain is very important.

Curcumin has a potential to alleviate the postoperative pain and thus be useful in the better management of these pain.

It reduces the incision induced inflammation, nociceptive sensitization and brings about the reduction in the postoperative pain.

What does this mean?
It means curcumin is helpful in alleviating pains like those caused by burn injuries or surgery as well. Its anti-nociceptive activity is useful in coping up with the severity of these kinds of pain.

Dietary intake of turmeric is reported to be safe.

Turmeric supplements are prepared in the form of capsules containing powder, tinctures and as fluid extracts. Recommended daily dose limit for turmeric is as follows:

Curcumin supplements are suggested as natural analgesics but should be consumed as per prescribed dose by a health practitioner.

Turmeric, though a revered herb, should not be consumed in caution in the following conditions:

Turmeric supplements are prepared in a manner to increase their bioavailability in the body.

It could have interactions with other medications.

To avoid such effects and effects due to a higher dose than that suggested for a particular condition it is always advisable to consult a doctor.

Pain is a major symptom of most ailments and though it is integral to the body’s defense mechanism, it does demand for a cure. It is the most common reason for consulting a doctor even in advanced countries.

Commercially available painkillers are reported to have adverse effects on long term use.

Various plants are being investigated as alternatives, one of them being turmeric.

Opting for this solution will not only provide us relief from pain but would also let us make the most of turmeric’s numerous medicinal and health benefits.

A Word on Coronavirus 27 January 2020 Hello, Some of you have written asking for 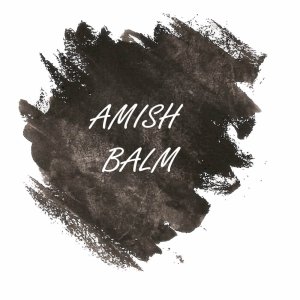 AMISH BLACK DRAWING BALM Amish balm is a natural remedy, used since the oldest of 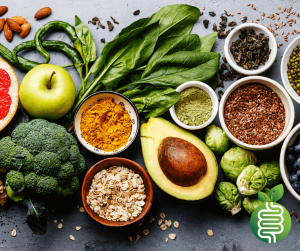 PROBIOTICS: You are what you eat!

YOU ARE WHAT YOU EAT, OR ARE YOU? …. and PROBIOTICS You may be one