Colloidal Silver – a Healer for Pets too

Collolidal Silver – a Healer for your Pets too 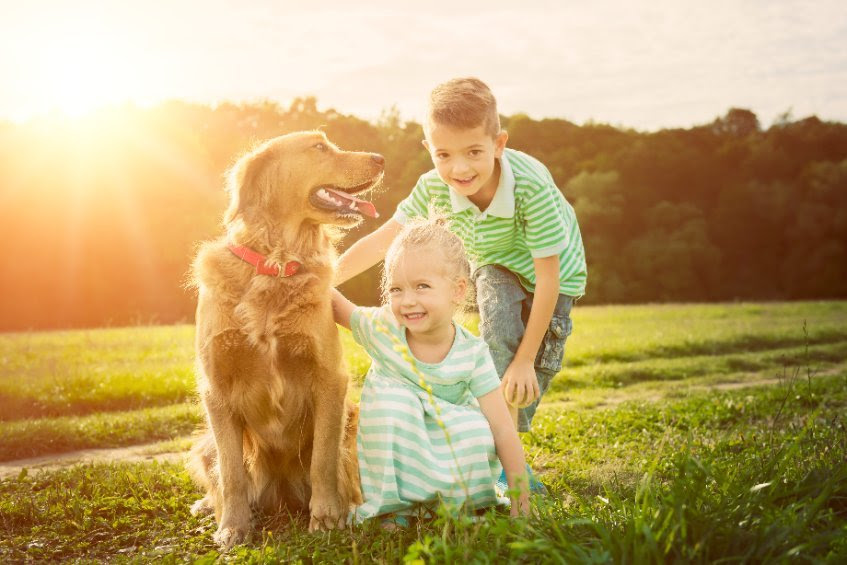 Did you know that some folks have reported success using colloidal silver to help heal pets with respiratory infections?

It never ceases to amaze me how many wonderful, healing benefits there are for this powerful, natural germ-busting and infection-fighting agent…and I’ve been using colloidal silver for decades!

I’ve used colloidal silver on my cats and dogs for years, and it’s been a Godsend.

But several years ago an acquaintance gave my wife, Kathy, a full-grown desert tortoise that he’d been raising since it was a baby. He had to move to another state, and could no longer take care of it.

So my wife accepted it, and promptly named it King Tut.

Kathy and I noticed right away that as King Tut breathed, small bubbles of mucous would come out of his nose, and his breathing was labored. You could hear a hissing sound coming out of his nostrils as he tried to breathe.

His owner told us King Tut had been breathing like that since the previous year, and he didn’t know what it was!

So Kathy did some online research, and also called the local Desert Tortoise Association.

She learned that in tortoises these were classic symptoms of an upper respiratory infection. What’s more, she learned that King Tut would have to be taken to a veterinarian 70 miles away who specializes in treating desert tortoises.

Kathy was also told that because there’s no way to give a tortoise antibiotic drugs orally, the vet would have to give him a shot every day for 10 days in order to cure the infection, at a cost of about $500 or more.

Colloidal Silver to the Rescue!

Instead, Kathy started soaking King Tut’s food in 5 ppm colloidal silver each day, before each feeding.

This was easy, since she mostly feeds him things like fresh kale, lettuce, broccoli, green beans and other fresh veggies, plus freshly picked rose petals and dandelions from time to time, and on occasion little bits of fruit like watermelon or cantaloupe.

He’s had no problem whatsoever eating the colloidal silver-infused food.

And guess what? After only 30 days, we could see there were no longer mucous bubbles coming out of King Tut’s nose.

His breathing was no longer labored at all. And there was no more hissing sound as he breathed. He was significantly more active as well.

And to this day he’s a healthy, thriving tortoise with no further health problems, even though she quit soaking his food in colloidal silver after he was all healed from his respiratory infection.

Another Possible Way to Use
Colloidal Silver to Heal Pets with Respiratory Infections: Nebulize It!

Colloidal silver user A. Schroeder, who raises chickens, wrote me this note:

“I had some chicks with upper respiratory infections and made a ‘croup tent’ out of a plastic grocery bag.

I used a nebulizer to mist the colloidal silver into the ‘tent’ and one of the chicks is already up and eating again after only 2 treatments!!

Love this stuff and love my Silver Edge generator even more!”

I find this particular usage fascinating because I’m constantly being asked for ideas on how to use colloidal silver for pets or other animals that have upper respiratory infections.

I have to admit, I’ve never tried this technique on any of my own pets. So this article does not constitute an endorsement of the idea. I’m just reporting on it.

Naturally, one should always check with one’s local veterinarian to make sure a treatment idea is appropriate for your pet or other animals, as well as for specific dosage details which are beyond the purview of this article.

Generally, when a human has an upper respiratory infection and wants to use colloidal silver as a non-medical intervention, he or she would simply use a nebulizer to atomize a small amount of liquid colloidal silver into a fine mist.

The fine mist coming out of the nebulizer is then inhaled gently into the lungs for three to five minutes or longer – usually several times a day – in order to give the body the natural support it needs to help stop the infection at its source (see the short video and longer article ” Using Colloidal Silver With a Nebulizer“).

But getting an animal to sit in front of a nebulizer and breathe in the atomized colloidal silver mist can be quite a task. With many animals, it’s virtually impossible.

Often as not, all you can do is give the animal colloidal silver orally, either by adding a little bit of liquid colloidal silver to their drinking water so they’ll drink it, or maybe even use an eye dropper or a plastic oral syringe to put a few squirts of colloidal silver into their mouths each day for a few days.

Unfortunately, trying to stop an upper respiratory infection – whether for a human or an animal – solely with orally ingested colloidal silver is nowhere near as efficient or effective as breathing atomized colloidal silver from a nebulizer.

(By the way, if you don’t have a nebulizer, they come in a wide variety of styles and sizes, and they’re readily available on Amazon.com, or at JustNebulizers.com)

The solution for animals with upper respiratory infections, according to A. Schroeder and other experienced colloidal silver users who have written me about this idea, is to make a “croup tent” (also called a “mist tent”) for your pet.

According to her note, she used a simple plastic grocery bag to make a small “tent” just large enough for her sick chicks.

Although she didn’t say so, I’m assuming she ran the nebulizer’s breathing tube into the makeshift ” croup tent” so the atomized colloidal silver “mist” could fill the tent. I’m also assuming she made sure there were air holes in the “tent,” so the chicks would have air to breathe, as well.

She probably could just as easily have used a small cardboard box, with air holes cut into the sides and the top (again, never forget that the animal still needs air to breathe, even during a nebulizer treatment).

For somewhat larger animals than a chick, you could perhaps use a large packing box with holes cut in it for air.

Or, perhaps better still, you could use a commercially purchased dog or cat carrier box with a towel draped over most (but not all) of the wire grille in order to keep as much of the mist inside the box while still allowing breathable air to come inside.

For even larger animals, you could also use a small child’s pop-up tent, available inexpensively at Walmart or other similar stores, usually in the toy department. Walmart even has dog tents, here.

Or you could figure out a way to keep a larger dog inside its dog house and run a plastic tube from the nebulizer into the dog house.

The general idea is to put the sick pet or farm animal into an enclosed space or a homemade “mist tent” just large enough for the animal to be comfortable, along with a plastic tube running from the nebulizer into the “tent” or other enclosure.

I can’t emphasize enough that one should make sure there are at least a few decent-sized air holes or other air means of ventilation in the enclosed space or makeshift “tent”; again, never forget the animal still needs to breathe air.

According to those who have successfully used this method, you then turn the nebulizer on and allow the atomized colloidal silver mist to be breathed by the animal for maybe ten to fifteen minutes at a time, several times a day until the upper respiratory infection is abated.

Note: Always check first with your local veterinarian to make sure this method of “treatment” is appropriate for your pet or farm animal’s condition, and for additional instructions, particularly regarding how long to allow the pet to breathe the atomized colloidal silver based on its size and body weight.

Also: This should never be considered a long-term “treatment” for any animal. As I’ve pointed out in the article Using Colloidal Silver With Nebulizer, in clinical studies laboratory rats treated daily with aerosolized colloidal silver for 28 days were fine, but at 90 days the animals ended up accumulating silver particles in their lungs which formed lesions and ultimately reduced lung function. See the above article for more details. And keep in mind that experts say if improvement is not seen within the first few days, this is a sign another treatment option should be pursued, instead.

Works for Pet Snakes, Too?

Another reader wrote in to explain that he’d done something similar when his pet boa constrictor was stricken with an upper respiratory infection. He stated:

“I had a Costa Rican boa constrictor with a respiratory infection that I treated by putting colloidal silver into a ultrasonic humidifier, which I then put into the cage with the snake and let it run for about an hour, twice a day.

I also put colloidal silver in the snake’s water bowl (50/50/mix water to colloidal silver) as part of the treatment. The water was changed every other day and replaced with fresh silver water mix.

In about three days I saw improvement. In less two weeks the snake was breathing normally and the infection was gone.”

While I may be wrong, I’m also going to assume the snake’s terrarium had a screen at the top, or at least a partial screen, so air was also available to the snake as the aerosol mist filled the terrarium.

Once again, colloidal silver has proven itself to be a real life saver for pets. And a money saver as well, considering the cost of expensive veterinarian bills. But as experienced colloidal silver users know, this is nothing new.

After all, in-the-know pet owners have been using colloidal silver to keep their pets healthy and infection-free for decades.

Have You Ever Used Colloidal Silver to Help Heal a Pet with a Respiratory Infection? 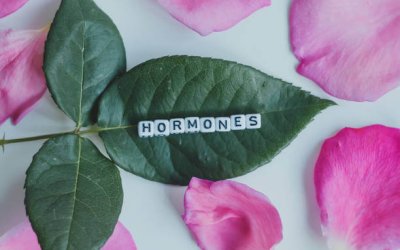 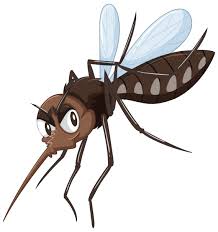 Colloidal Silver for Mosquito Control https://biosil.co.za/product/colloidal-silver/ It's been known for years that colloidal silver can stop the larvae stage... 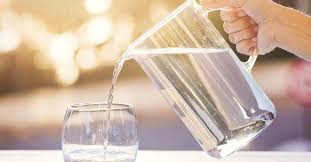 MMS, how to mix video